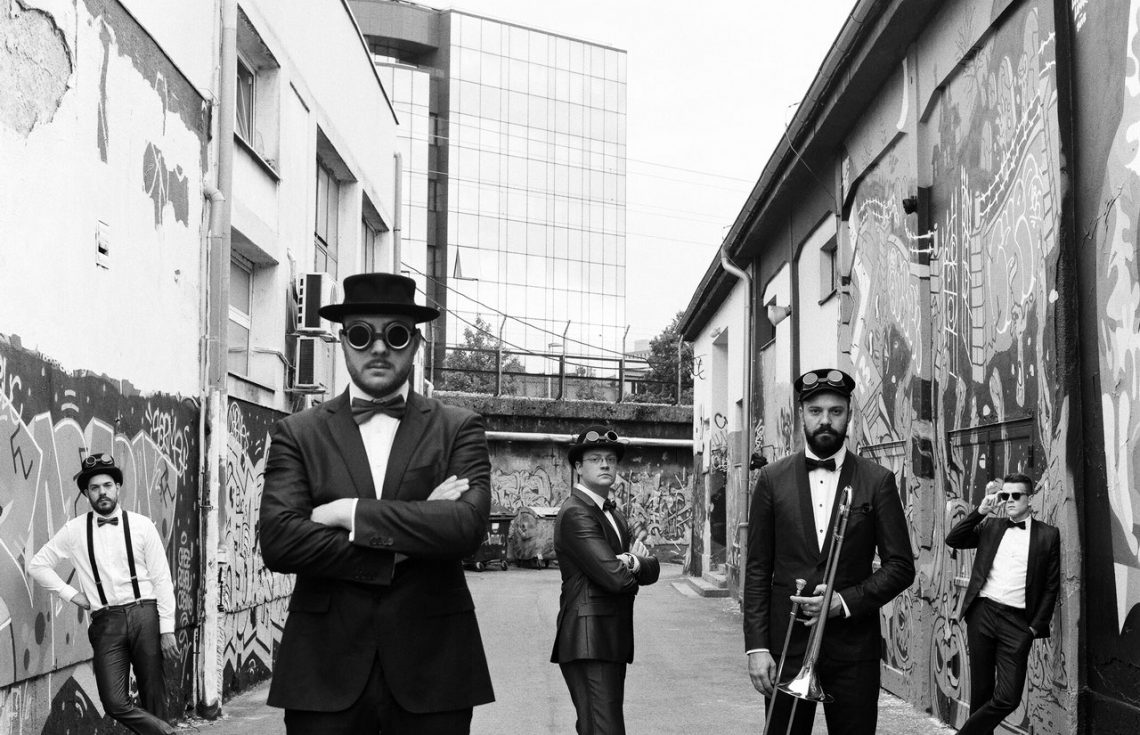 Scifidelity Orchestra joins otherworldly style and sound to create entertainment like you have never seen before. Scifidelity Orchestra started in 2011 as a sub-group of October Light since a lot of written material didn’t fit into the concept of popular music. With the desire for a more holistic expression Stjepan and Benjamin Horvat (standup bass and banjo), and Abel and Josua Kovacevic (drums and alt saxophone) started performing under that name. Later, Filip Horvat (trombone) and Robert Pajic (clarinet) joins the group. The point of this band is writing and performing original music, mainly as a form of expression. The first important performance was in the VIP Club in Zagreb on November 2011. In the meantime, they have performed in a lot of places in Croatia, Slovenia, Austria, Germany, Bosnia and Herzegovina, Serbia and Hungary, some on the street and some in clubs. The latest Scifidelity single, Macho, can be seen here .